Shane on ‘Fairytale Of New York’

Posted on December 22, 2014 by livinglegendcolmg

At this time of year, one cannot avoid hearing the song ‘Fairytale of New York’.  It is one of the most popular Christmas songs ever written.  And while I am delighted and proud for Shane, the song is a constant reminder of how much we have in common with the bag lady and the tramp in the song.  It also reminds me  of how very lucky we are to still have each other, to have managed to stay together through very good times and very bad ones. 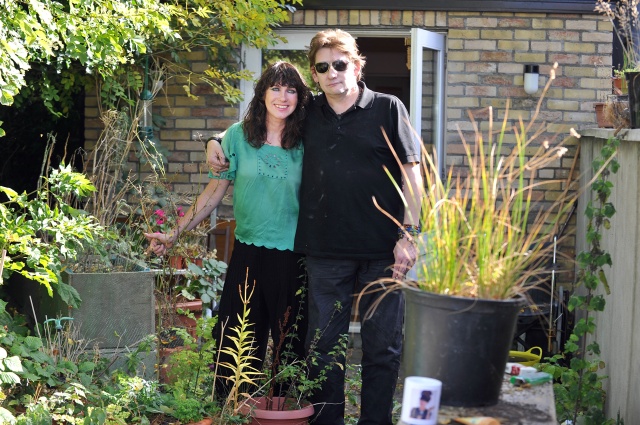 Over the years, I must have heard Shane sing that song thousands of times.  And yet, I realised that it isn’t something we ever talk about.  And so, when I was asked if I knew the story behind the song, or how long it took to write or how Shane really feels about it, I realised that I did not know any of…

Posted on April 19, 2014 by livinglegendcolmg

Posted on February 9, 2014 by livinglegendcolmg

One of only two songs on the entire countdown which topped the chart in all three of my featured territories, Blurred Lines was a hugely controversial track both musically and socially.

Released in the spring of 2013, originally Marvin Gaye’s estate attempted to sue Thicke over the sampling of Gaye’s “Got To Give It Up”, which in turn, led to the bizarre event of Thick counter-suing……Eventually the matter was settled out of court in January of this year.

The bigger controversy over the song was the accusations of how it possibly trivialisised the subject of sexual consent.  This interesting article from The Guardian’s Dorian Lynskey explains it far better than I could.

Leaving the moral debate aside, I’m here to talk about the song purely in musical terms. Although I didn’t share the same enthusiasm as most, considering it’s considerable commercial success, there is no doubting that it was one of the catchiest songs of the summer and combined all of the key ingridients required to have listeners hooked for the long haul……..Funky beat……Silky vocals from the long time ignored Thicke……..and the all important sing along chorus.

Oh, and I didn’t mind the video either! Even though Pharrell does remind me of Bill Cosby in it 🙂

Posted on February 9, 2014 by livinglegendcolmg

Everytime I hear that Pitbull has brought out a new track, a little bit of me wants to die inside…….Cos let’s face it……He is shite (Even his collaborators would secretly agree).  But it is also undeniable that he has a knack of producing catchy tunes.  It’s a bit like that addictive stuff they inject into McDonald’s food…..You know it’s terribly bad for you…..But you keep going back for more.

The first time I played this I was embarrassed……Then I got a text from Jonny O’Keeffe which simply read….. “Tune”.

The second time I played it, I was almost doing a barn dance inside Shannonside FM studios!

Posted on February 8, 2014 by livinglegendcolmg

OK, so I saw someone else do the ‘one that didn’t quite make it’ in a recent list type thing and thought I would steal the idea to be quite blatant about it.

“Holes” was the follow up to the now, World-wide smash debut, “Let Her Go” by Mike Rosenberg who goes under his ‘Passenger’ alter-ego.  A nice, folky, upbeat tune which charted respectfully in Ireland but not in my other featured territories.

Posted on January 15, 2014 by livinglegendcolmg

Posted on September 13, 2013 by livinglegendcolmg